Below is a summary for the AFF2 gene observed in research publications. This is not meant to take the place of medical advice. Click HERE for the full gene guide, which includes more information, such as chance of having another child with this condition, or specialists to consider for people with this condition.

AFF2-related syndrome happens when there are changes to the AFF2 gene. These changes can keep the gene from working as it should. The AFF2 gene is also called FMR2 or FRAXE.

The AFF2 gene plays a key role in brain development.

Because the AFF2 gene is important in the development and function of brain cells, many people who have AFF2-related syndrome have:

Do people who have AFF2-related syndrome look different?

People who have AFF2-related syndrome typically do not look different from others.

How many people have AFF2-related syndrome?

Researchers estimate that about 1 in 25,000 to 1 in 100,000 newborn males have AFF2-related syndrome. There are likely many more undiagnosed people who have the syndrome. As of 2020, doctors had described about 46 people in the world with changes in the AFF2 gene. The first case of AFF2-related syndrome was described in 1993. Scientists expect to find more people who have the syndrome as access to genetic testing improves.

Many have language difficulties.

Most people have some degree of intellectual disability and
learning difficulties. 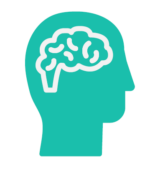 Many people have autism or show features of autism, such as social difficulties, excessive hand flapping, and restricted interests. Many also have attention difficulties, hyperactivity, and impulsivity. 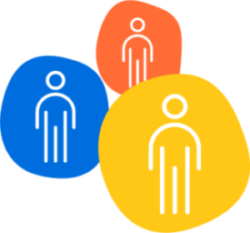 Learn more about the AFF2 gene and connect with other Simons Searchlight families with the resources below:

GeneReviews are a great resource to bring to your child’s clinicians. These publications provide a summary of current research on genetic conditions and information on ongoing care.

There is currently no GeneReviews for AFF2.

We currently do not have any article summaries for AFF2, but we add resources to our website as they become available.

The information available about AFF2 is limited, and families and doctors share a critical need for more information. As we learn more from children who have this gene change, we expect our list of resources and information to grow.

You can also visit the Simons Foundation’s SFARI Gene website to see information for researchers about this gene.

We do not currently have any stories from AFF2 families.