Simons Searchlight is a partnership of leading scientists, doctors and families, determined to accelerate the science of genetic changes related to autism and other neurodevelopmental disorders. As part of this mission, Simons Searchlight works with a Community Advisory Committee (CAC) whose purpose is to advise and guide research and community activities on behalf of all Simons Searchlight participants and gene groups. Read more about the current members below. 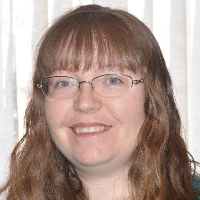 Amy Clugston lives in Michigan with her husband and 3 kids. Her oldest daughter Lorna was born with multiple congenital anomalies which would begin an 18 year diagnostic odyssey. In 2014, after many years of genetic testing and being involved in research projects a mutation in the DYRK1A gene was found. With the newly found information she set out to find others and started a community. Shortly after the mutation was found her story sharing had reached someone at Simons VIP at which time began participating in the program. She had spent a good portion of her daughters undiagnosed years being involved with many different organizations. Today she is founder and president of DYRK1A Syndrome US and plays a lead role internationally through collaborative efforts under DYRK1A Syndrome International Association. 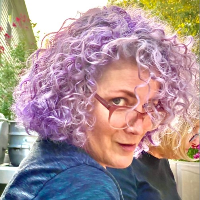 I’m Julie Foxx, wife to Marc and mom to Dylan and Pickles (okay he’s a dog but he acts like a toddler). We live in Cherry Hill, NJ right outside of Philadelphia. Our son Dylan was diagnosed with a microdeletion at 16p11.2 10 years ago. At that time, we discovered the Simon’s Foundation and became part of their study. I am also Head of Business Development at a logistics tech firm out of Philly. In our spare time, we like to go hiking, fishing, traveling (pre-pandemic) and spending time with friends and family. 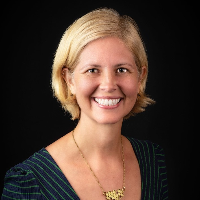 Haley Oyler is the president and founder of the 501(c)3 volunteer-run nonprofit SETBP1 Society. In 2016, her eldest son was diagnosed with SETBP1 disorder. Finding and uniting parents with SETBP1 disorder and moving the science forward to improve the lives of individuals living with the disorder are her focus. She joined the Simons Searchlight community in 2017 when SETBP1 was added to their list of genes of interest. She has actively engaged with and promoted Simons ever since. 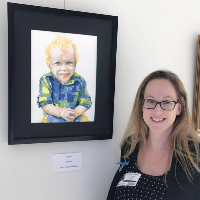 I am a mother, architect, wife, and a lover (not a fighter) – with a thirst for knowledge. My journey been recently refocused, as my family navigates through the world of medical and developmental uncertainty in hopes of providing every opportunity for my son to be his personal best in life.
My mission is to find the parents of other children with a HIVEP2 loss-of-function diagnosis and create a community to advocate for our children. As whole exome sequencing becomes more available, more children will be diagnosed. We need doctors and researchers involved to help us get on the map and provide management and treatment options that allow our children to reach their full potential. 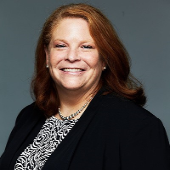 Leah has spent her entire career working in health care administration and never imagined she would find a use for her skills in an entirely different way. From medical secretary to hospital manager and everywhere in between, Leah learned how to manage the needs of large populations within a medical setting. When her son, Ben, was diagnosed with an SCN2A Disorder in 2012, it became abundantly clear how to leverage her 20+ years of experience to help not only her family, but hundreds of others. In July of 2019, Leah transitioned from her volunteer position as President of the Foundation Board, to a full time Executive Director role. 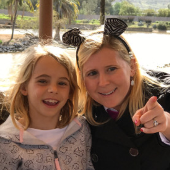 Jennifer Sills is the President and Founder of the CSNK2A1 Foundation. She was inspired to become an advocate for individuals and families affected by Okur-Chung Neurodevelopmental Syndrome (“OCNDS”) following the 2016 diagnosis of her daughter, Juliet (“Jules”).
For years, Jennifer and her family searched for a diagnosis to better explain the symptoms plaguing Jules since birth; some symptoms were similar to Autism while others were inexplicably different. With so few available explanations, the search to find ways to help Jules was an isolating and heartrending one. But in 2016, with the help of breakthroughs in the science of genetic testing, Jules was diagnosed with OCNDS, a rare genetic syndrome. At the time, Jennifer only knew of 5 other patients with OCNDS. Jennifer was determined to figure out how to further OCNDS research as well as find and support individuals with OCNDS. In 2018, Jen and her husband Jason launched the CSNK2A1 Foundation.
Prior to her work with the CSNK2A1 Foundation, Jennifer worked as an Estate Planning and Tax Attorney, advising local non-profit organizations on planned giving and fundraising. Jennifer is active in her own community and in other nonprofit organizations. She is a Mentor to a first-generation college student for the Pay it Forward Scholarship and Mentoring Program at CSUMB. She serves as an Advisory Board Member for BOK Ranch, a non-profit organization providing therapeutic horseback riding for clients with special needs. She also serves on the West Coast Advisory Board for the Child Mind Institute.
Jennifer received a B.A. from the University of California, Berkeley, and her J.D. from Pepperdine University. She currently resides in the San Francisco Bay Area with her husband, Jason, their 2 children and their mini zoo consisting of 2 cats and 2 dogs. 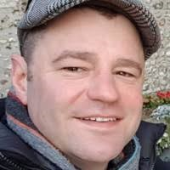 Charles has spent more than 26 years working on the human genome on the Wellcome Genome Campus near Cambridge UK, which is where he did his PhD. He currently works for Congenica, a digital health company on the same campus where he is the company’s Patient Advocacy and Engagement Lead. Charles has two young children, Imogen 8 and Jasper 2, with severe neurological disorders. Imogen also had infantile spasms when she was 8 months old. Charles, his wife and two children have had extensive genome investigations through the UK 100,000 Genomes Project and Cambridge University’s Next Generation Children Study. As yet, nothing has been found to explain his children’s challenges.