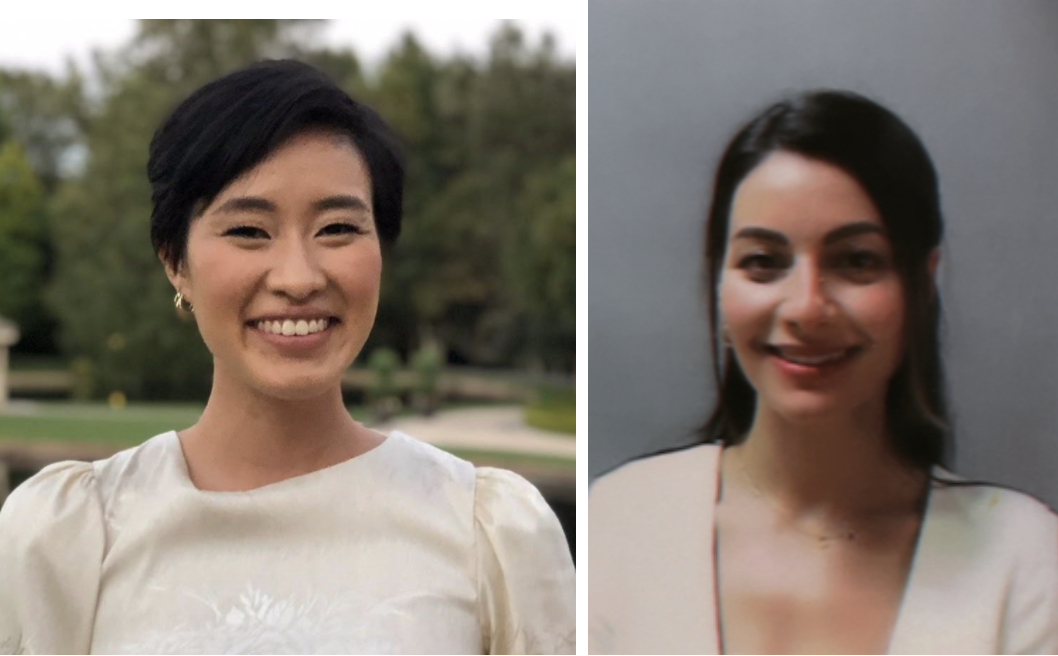 Tzofia Drori and Roni Yamane are genetic counselors who graduated from the Joan H. Marks Program in Human Genetics at Sarah Lawrence College in May 2021.

Drori works in the neuroscience division at Joe Dimaggio Children’s Hospital in Hollywood, Florida. She sees mostly children, but also adults, with or at risk for a genetic disorder.

Yamane is a prenatal genetic counselor at Lescale Maternal Fetal Medicine, which has several locations in Hudson Valley, New York.

Drori and Yamane became interested in autism genetics research during their disability service-learning program while in graduate school, where they had the opportunity to intern at schools for autistic individuals. Their training led them to ask how a genetic finding can help with the care of people with neurodevelopmental conditions that are associated with autism.

We interviewed Drori and Yamane about their Research Match project.

What is the idea behind your project?

Our study aimed to understand how and to what extent families make use of the genetic findings that they receive. Specifically, we looked at how caregivers changed their views after receiving a genetic diagnosis. This included medical management, looking for family social supports, supportive therapy, and family planning.

What question will your project answer?

We discovered that parents found a genetic diagnosis to be useful in terms of clinical care and reproductive decision-making.

Out of a total of 337 participants, about 68 percent reported that the genetic diagnosis prompted new evaluations and/or altered medical care. Dependents were on average between 2 to 5 years old when they received a genetic diagnosis.

We don’t know if parents would have altered care if not for the genetic finding. But our study shows that the majority (80 percent) of participants believed that having a genetic diagnosis was helpful for directing decision-making in terms of healthcare and medical management, even though in some cases concern for their child was increased.

Aside from increased clinical usefulness and helping with reproductive decision-making, parents thought that a genetic finding was helpful because it validated their concerns and gave an explanation for their child’s challenges.

How did Simons Searchlight Research Match provide a unique opportunity?

Simons Searchlight Research Match made it possible for us to interview a large group of families that have genetic diagnoses that are associated with neurodevelopmental disorders. The Research Match team gave us the flexibility to ask questions that we thought were most important, providing full support throughout, and making themselves completely available to us. Thanks to their help, our research is being featured at the 2021 National Society of Genetic Counselors conference, and we were selected to be highlighted in a news brief before the conference.

How can this project be beneficial for families with neurodevelopmental conditions?

Fewer than 25 percent of people with genetic conditions have a genetic diagnosis. A diagnosis can help with medical management, reproductive decision-making, a sense of resolution, an explanation of the cause of a condition, and anticipating the future. Geneticists and genetic counselors may look to our research to help inform families about the usefulness of receiving a genetic diagnosis.

“Having the genetic diagnosis was so helpful (and we often tell other parents to get it) in understanding and identifying difficulties early on and in being able to secure services. Insurance is able to provide more therapy in our case with a genetic diagnosis. So, the diagnosis helped to answer our questions but it gave us more concern for the future. In this specific case, our son was hospitalized at 9+ months for seizures. They could not determine why. They performed many tests, a genetic test being one of those…It was a relief to finally feel validated about our concerns and have answers for what was going on and what to perhaps expect, to the degree that you can.”