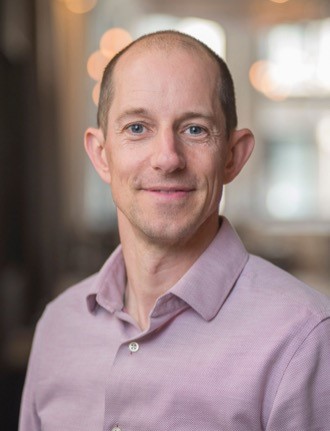 Raphael Bernier, Ph.D., is a professor at the University of Washington and the Executive Director of the Seattle Children’s Autism Center.

Outside of work, his interests include spending time with his family and being active. Bernier says he likes to complete “races of all sorts from multi-sport adventure races to marathons and a whole bunch of things in between.”

We interviewed Dr. Bernier about his research:

I got involved with Simons Searchlight research as a site PI (Principle Investigator) for the Simons Simplex Collection (SSC). During one of the meetings, a handful of us started discussing the exciting findings about recurrent 16p11.2 CNVs in the SSC and how applying a genetics first approach to studying autism may prove very helpful in advancing the science.

For sure, we’ve used the behavioral phenotype data from individuals with 16p11.2, from 1q21.1, and from many of the single genes including GRIN2B, DYRK1A, ADNP, FOXP1, SCN2A. We’ve used parent report information about behavior, adaptive skills, and diagnostic information.

The Simons Searchlight data has been absolutely instrumental in moving forward our understanding of the particular profiles for individuals with specific genetic changes. Importantly, by clarifying the specific patterns of behaviors associated with genetic changes, it helps make sense of the heterogeneity we see in behaviorally defined disorders, like autism. By understanding the particular profiles, we’re able to learn more about the function of those genes with changes which can help advance our ability to develop targeted treatments and know what we should be monitoring for change during clinical trials.

It’s absolutely critical because without groups of families engaged in the research process there will be no way to identify the particular profiles associated with the genetic changes, no way for clinical trials to recruit, and no way to foster two-way communication effectively between scientists and the family community.

We are currently describing the behavioral profiles associated with genetic changes linked to autism and directly comparing those profiles across genetic changes to identify commonalities and differences. We use the data from Simons Searchlight combined with our own from NIMH funded studies to generate large enough data sets to identify those commonalities and differences.

Dr. Bernier is also involved with another research project through the Simons Foundation — check out his video for SPARK!