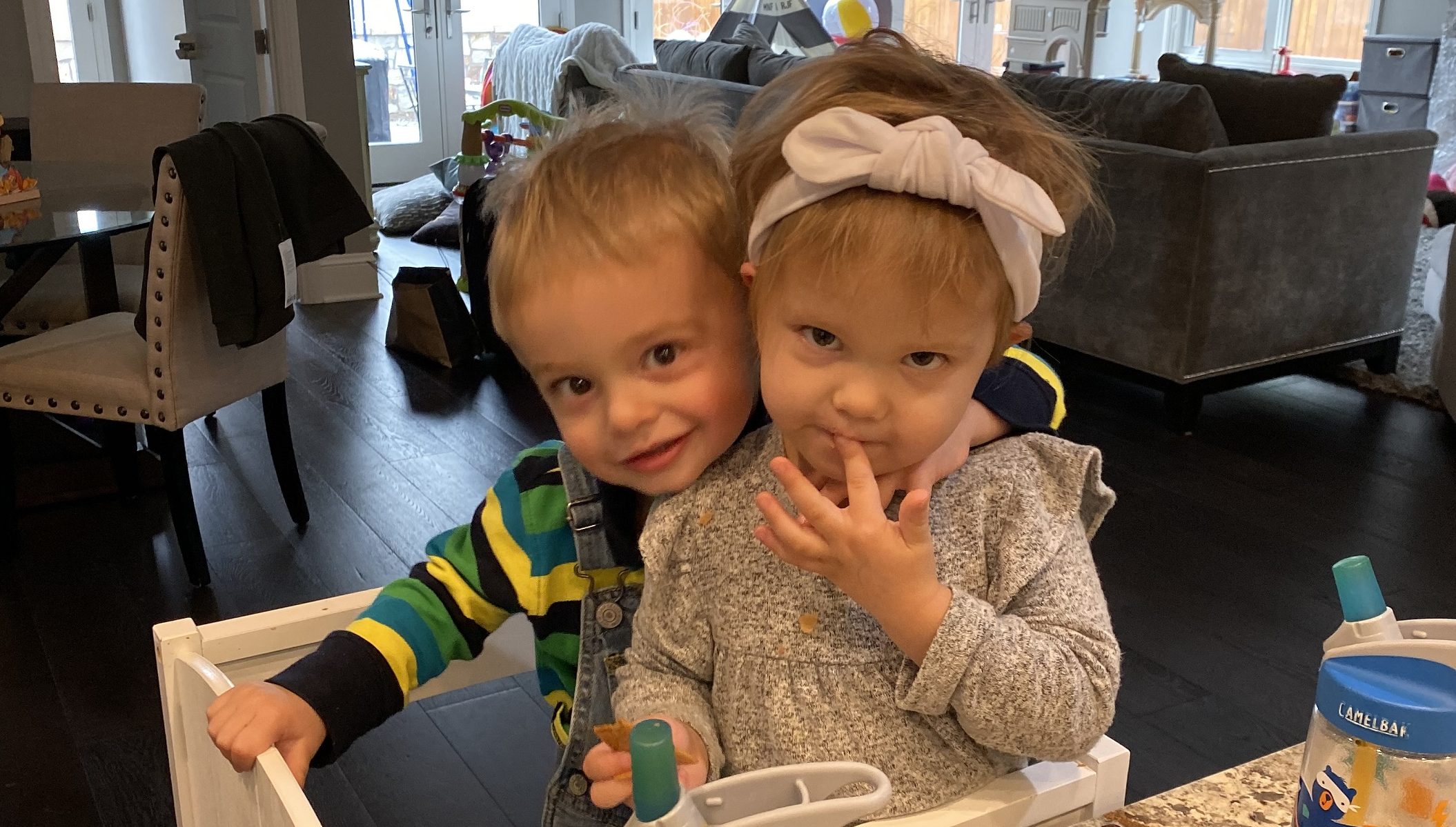 On a beautiful summer day in 2018, Amber and Mark Freed were ushered into what Amber calls “the bad news room” in the hospital. Doctors and a social worker were waiting to tell them why their son, Maxwell, did not walk, talk, or do other things that toddlers do.

The Freeds listened as a doctor explained that Maxwell was born with a change to a gene called SLC6A1. This rare condition causes intellectual disability and epilepsy in most who have it. The seizures typically start after age 3, on average — just two years away for Maxwell.

Many parents might need time to absorb this kind of news, Amber Freed says. But she is wired differently. She turned to the hospital staff and said, “I don’t want to talk about any of this right now. What I want to talk about is, ‘What would you do in the next five minutes if this were your child?'” Because so little was known about SLC6A1-related syndrome, they told her to start calling researchers. She looked at the one research article they had given her. She decided to start there.

That very day, she resigned from her job as an equity analyst at a large investment firm in Denver, Colorado. She went home and immediately began her new volunteer job: finding researchers to develop a treatment for Maxwell and others like him. Children who have SLC6A1-related syndrome often develop a serious type of epilepsy that can cause them to lose developmental skills. What if there was a way to fix the gene and prevent the epilepsy?

The Power of Hardship

Freed comes by her confidence the hard way. Her childhood was marked by frequent hardships, and by her will to overcome them. Once she lost everything she owned when her family’s trailer burned down. The family moved often, living in Wyoming, Montana, Texas, and Colorado. She wanted a different life. So she studied hard, earned a full scholarship to college, got an MBA, and began a successful career in finance. That part of her story is included in a book about entrepreneurs, as an example of “the motivating power of hardship.”1 Freed has a simpler word for it: “grit.”

That grit enabled her to juggle caring for Maxwell and his twin sister, Riley, while learning everything she could about SLC6A1. She spent her days emailing dozens of scientists around the world. She would follow up with calls: to researchers in Europe in the early morning, U.S. scientists during the day, and those in Asia and Australia at night. She recorded some of the conversations, with permission, when  she was so tired she was afraid she wouldn’t remember them.

Scientists are busy. It’s easy to ignore a call from a stranger. But she had a plan for that. “When people wouldn’t return my phone calls or emails, I just made it weird,” she says. “I would send them the cookies from Uber Eats every day at 3 p.m.”

At night she read microbiology textbooks and online research summaries. “Within a month, I identified the best rescue method for the gene,” she says. She needed someone to launch a study of gene replacement therapy for SLC6A1. In gene therapy, a virus can be used to carry a correct copy of a gene into a person’s cells. The procedure has risks and is considered experimental.

She focused on Steven Gray, Ph.D., a gene therapy expert at the University of Texas (UT) Southwestern Medical Center. She reached him by phone. But he did not have time to talk — he was leaving for a conference in Washington, D.C.

Freed would not let that get in her way. She hurriedly booked a late-night flight to the same event. Once there, she sat down next to Gray, whose photo she had seen online. She wondered if she had made things too weird by showing up. While she considered ways to introduce herself, Gray turned to her and said, “Hi Amber.” She was afraid to ask him how he knew it was her. But they decided to talk later that day.

During a four-hour meeting, Gray agreed with her assessment that SLC6A1 was a candidate for gene therapy. He signed onto the research project. The therapy would be tested in animals before it could be tried in people, in clinical trials. The research could cost up to $7 million dollars, and he would need her help.

“He also said he needed to have a conference in the next three months to get all of the best minds in the same room to share ideas,” she recalls. She worried and thought, “How does one do that?” But to Gray, she said breezily, “Oh, don’t worry about it.” She would get it done.

When she returned home, she called major labs that might be interested. She said she was planning a conference and was thinking about calling their largest competitor, but she wanted to talk with them first because she admired their work. Her pitch worked: “I was able to secure a great line-up of speakers.” She scheduled her event around the American Epilepsy Society’s 2018 meeting in New Orleans, to make it convenient for researchers already planning to be there. Fifty scientists interested in gene therapy and SLC6A1 came. Double that number came to a similar conference she organized in 2019.

She created the nonprofit advocacy group, SLC6A1 Connect, along with a GoFundMe campaign, to raise money for research. SLC6A1 Connect has 200 member families worldwide and has raised $1.5 million so far, she says. Freed also encouraged those families to join her in participating in Simons Searchlight, and many have.

Gray’s team needed animals with SLC6A1-related syndrome for the first part of the gene therapy study. The money Freed’s group raised helped to purchase mice that were genetically engineered in a lab in China with Maxwell’s SLC6A1 change. Freed fretted about getting the mice into the United States, wondering if she would have to smuggle them in herself. But they came through proper channels last year after researchers at Vanderbilt University stepped in to help. Gray and a colleague declined to be interviewed, at the recommendation of UT Southwestern’s media office. 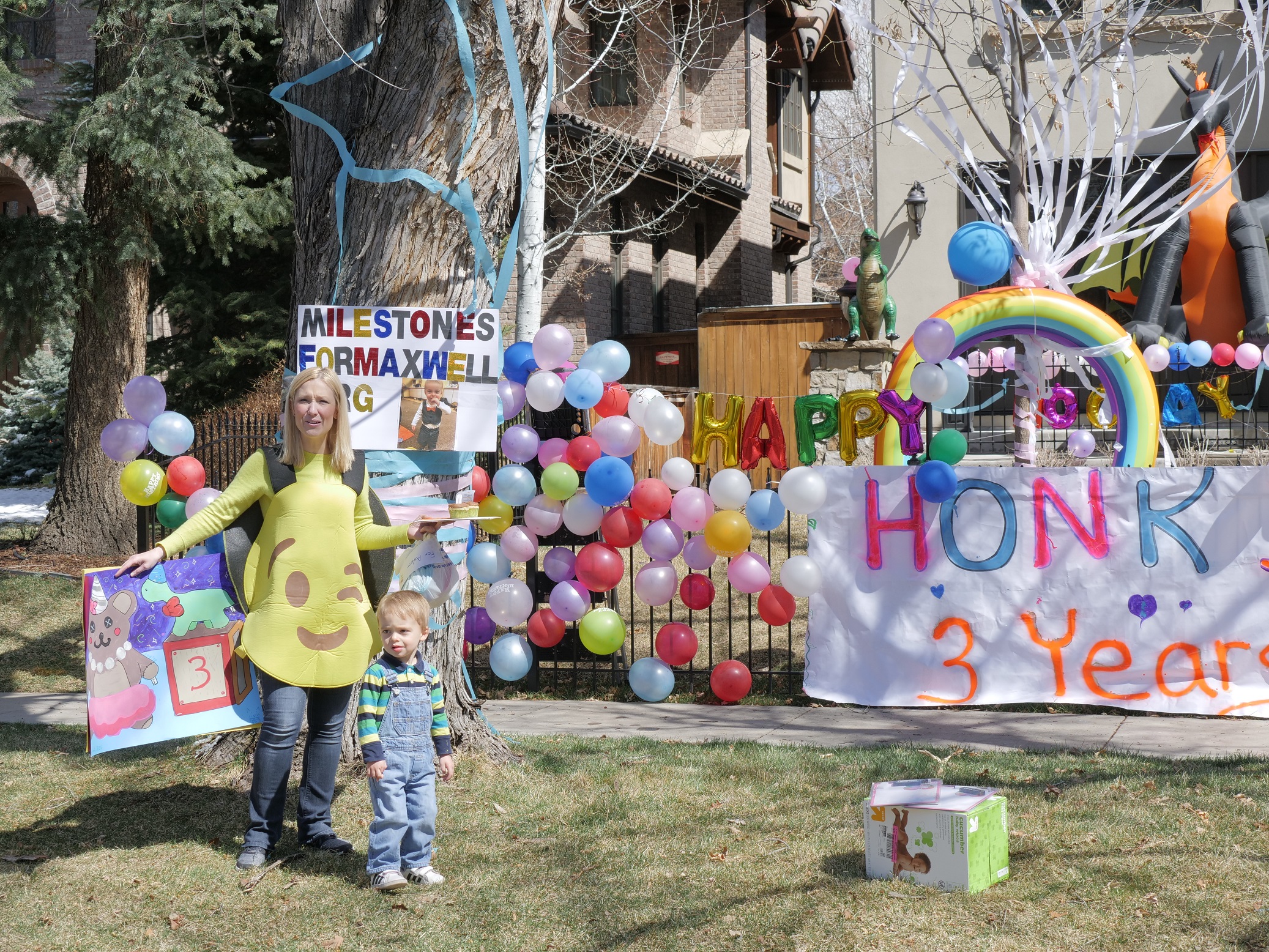 A Race for Gene Therapy

Freed closely watches both the calendar — and Maxwell. In March, the boy with a big grin turned 3, the age at which seizures often begin in children with his diagnosis. He has a movement disorder, and speech and developmental delays. A test that measures electrical activity in the brain showed abnormalities, she says. But so far, Maxwell does not have epilepsy. “Every day I have the fear that this [gene therapy] isn’t going to come in time for him,” she says. Even if human testing begins as early as 2020, she says, Maxwell may not be selected to receive a new SLC6A1 gene.

Katrine M. Johannesen, M.D., a researcher in Denmark, studied more than 30 people who have SLC6A1 changes. After developing epilepsy, 11 out of 24 children lost cognitive skills, according to her research published in 2018.2 In an email, she explained, “What we believe is that the uncontrolled epilepsy causes damage to the brain that is not reversible, which is why it is crucial to have seizure control as fast as possible. Most likely the SLC6A1 mutations cause a great part of the cognitive impairment but the (uncontrolled) seizures contribute as well.”

Dennis Lal, Ph.D., a neurogeneticist at the Genomic Medicine Institute and Neurological Institute at Cleveland Clinic, is studying about 100 people who have SLC6A1 changes. He started this research after Freed contacted him in 2018. About a third have autistic traits, he says. SLC6A1 is an autism risk gene, according to SPARK, an autism research program of the Simons Foundation.

Lal says that he and his research team benefit from working with groups such as SLC6A1 Connect and meeting parents, like Freed, whose children have a condition they study. “The level of purpose is way deeper when you help real people, not theoretical, and you also come up with better ideas.”

Lal, who advises SLC6A1 Connect, says that Freed’s tenacity has paid off. “She got a lot of things accomplished that most people would have taken longer to do.”

Her work to push research forward has come with a cost, Freed says. She recalls advice that Gray gave her when she started her quest: she would still need to be a good mom to her twins. “I’ve chosen this route to fight like a mother, but it has come at a tremendous opportunity cost.” She has had less time for playing with her children, for herself, for relaxing. But she wouldn’t do it any other way. “We know what’s going to happen to Maxwell if he doesn’t receive gene therapy. Gene therapy is truly our only hope.”

How does Simons Searchlight fit into the Research Picture?